Arts and Politics: The Approach of Theatre NO99, Taipei, Taiwan, February 5, 2017 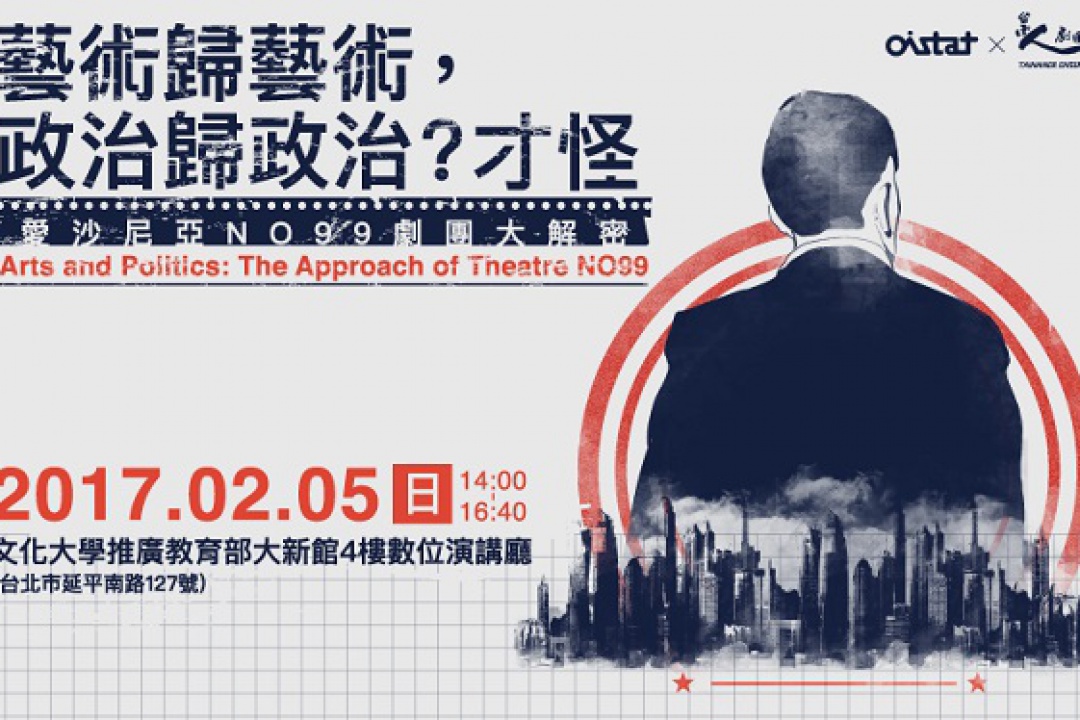 Theatre NO99 is a theatre in Estonia who won the Golden Triga for the Best Exposition in Prague Quadrennial 2015 with their project Unified Estonia. Unified Estonia was a fictitious political movement that ended with Unified Estonia movement assembly, attracting more than 7,500 people attending.

During the keynote speech, Ene-Liis Semper and Tiit Ojasoo presented several Theatre NO99 productions and played the video Ash and Money which is the documentary of Unified Estonia project, taking the audiences through the process of creation and outcome of the project.

In the panel discussion, panelists were invited to explore more on how arts influence society and politics. For Theatre NO99, roles of arts and artists are to capture things happening in the society and to keep dialogues going in order to show different opinions and perspectives. Talking about the differences of political theatres between Taiwan and Theatre NO99, Yi-Wei Keng said that the works of Theatre NO99 such as Unified Estonia revealed the process of manipulation while political theatres in Taiwan usually deal with injustice and inequality. At the end, three panelists gave some suggestions to young theatre makers to sum up the fruitful discussion.