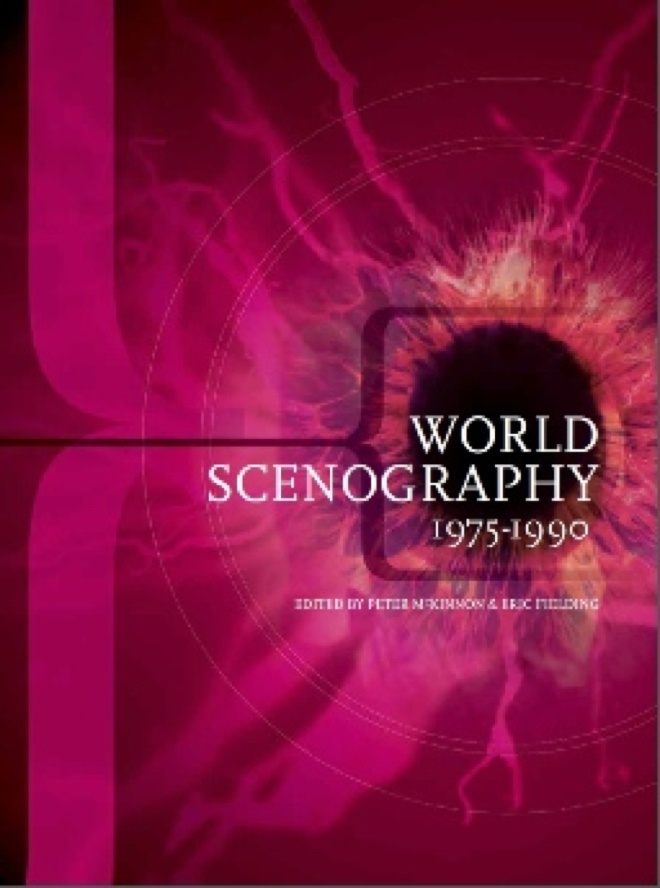 World Scenography 1975-1990 is the first volume in a new series of books looking at significant stage design throughout the world since 1975. This volume, documenting 1975-1990, has been about four years in the making and has had contributions from hundreds of people in more than 70 countries. Despite this range of input, it is not possible for it to be encyclopædic, much as the editors would like. Neither is the series a collection of “greatest hits,” despite the presence of many of the greatest designs of the period being examined. Instead, the object is to present designs that made a difference, designs that mattered, designs of influence; to document for posterity a collection of the significant theatrical set, costume, and lighting designs from the period.

The World Scenography book series was inspired by and seeks to build on the foundation established by the four volumes of Stage Design Throughout the World that were edited by Belgian professor René Hainaux. Sadly, that wonderful series ended its documentation and publication in 1975. This new book series started with a remark from Eric Fielding at the Honourable Scenographers’ Forum at the Prague Quadrennial in 2007 and a proposal by Peter McKinnon during their dinner that followed. McKinnon and Fielding plan to do two more volumes documenting 1990-2005 and 2005-2015. They then hope that others will pick up the torch and prepare subsequent volumes each decade thereafter.

The book series is being published by the International Organisation of Scenographers, Theatre Architects and Technicians (OISTAT) and is a project of the OISTAT Publications and Communication Commission.  OISTAT is a UNESCO-recognised organisation. Through its member centres and its individual and associate members, OISTAT draws together theatre production professionals from around the world for mutual learning and benefit. Its working commissions are in the areas of scenography, theatre technology, publications and communication, history and theory, education, and architecture. Both of the editors have worked for many years to benefit theatre professionals internationally through their involvement in OISTAT.

Eric Fielding is professor emeritus of scenic design at Brigham Young University; 30-year member of United Scenic Artists 829; USITT Fellow, former Vice-President, Founders’ Award and Lifetime Member Award recipient; and former editor of TD&T. He served as designer for the gold medal-winning American exhibit at PQ’91; and was creator of the World Stage Design exhibition and director of its first mounting in Toronto, March 2005.

Peter McKinnon is professor of design and management at York University in Toronto; lighting designer on some 450 shows, principally dance and opera; an organizer of the Canadian exhibit at PQ’07; past president of Associated Designers of Canada; and 16-year member of the OISTAT executive committee. He has produced shows off- and on-Broadway and in Edinburgh. He edited One show, One Audience, One Single Space by Jean-Guy Lecat.

For any questions or requests for additional information, please contact the editors at:

Previous
Understanding OISTAT – Network of Global Theatre Professionals
Next
One Show, One Audience, One Single Space by Jean-Guy Lecat