Announcement of the Jury of TAC 2015 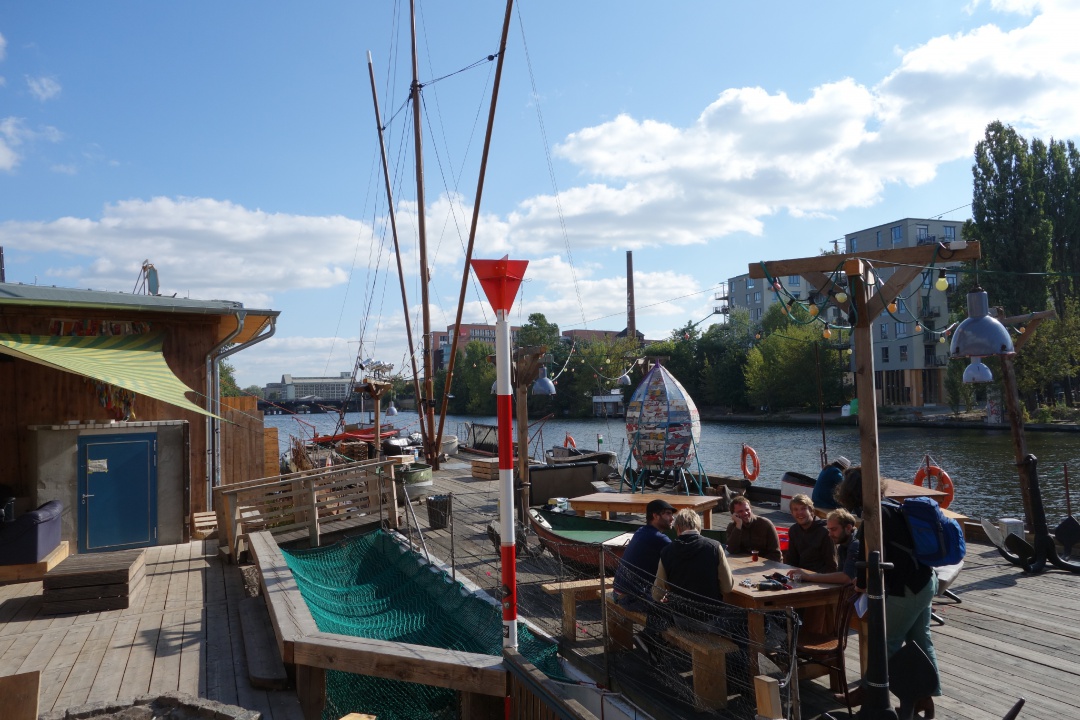 We received 197 submissions – thank you for the enthusiasm!

The OISTAT Architecture Commission is pleased to announce that the jury for TAC 2015 will meet in Berlin from May 5th to 7th and will be made up of the following jurors:
－Anne Minors, GB
－Jean Guy Lecat, Fr
－Xavier Fabre, Fr
－Scott Georgeson, USA
－Pieter de Kimpe, Be
－Reinhold Daberto, Germany

The Chair of the jury will be
－Tim Foster, GB

Winning Entries will be notified by email no later than May 11th and an exhibition of prize-winning and other selected entries will be held at Stage Set Scenery in Berlin from June 9th –11th, 2015, where the prize-giving will also take place. OISTAT invites all participants to attend this event in Berlin.

Short biographies of the jury members are given below: Anne Minors
Anne has designed over 100 rooms for concerts, opera and theatre over the last 30 years.

Anne is past-Chairman of the Society of Theatre Consultants, a founder member for the MA in Theatre Consulting course at the University of Warwick, graduating with Distinction in 2012. In 1965, after having been a fitter model maker, then draughtsman, in Thomson-Houston’s factories, J.G. Lecat completed 6 months of training at the Television Studios Les Buttes Chaumont and with a scenic theatre painter. He left the factory and became stage manager, set, light and sound designer in Festival du Marais and in Théâtre du Vieux Colombier. He became assistant of Claude Perset theatre architect/designer. They drew several set, theatres and festival’s spaces, amongst them the famous Théâtre d’Orsay (Théâtre du Rond Point in Paris today).

From this date he practiced at same time, with every technical and artistic job in theatre including being an actor. He took part in more than 100 productions for many directors as : J. L. Barrault, R. Blin, J. M. Serreau (Opening Cartoucherie de Vincennes), La MaMa ETC, Living Theatre, etc….

From 1976 to 2000, as technical director and set/space designer for Peter Brook, Jean-Guy Lecat was in charge particularly of research, the transformation or creation of more than 200 spaces throughout the world. Some of them are still kept the same: Boulbon quarry in Avignon, Nationnal Theatre in Strasburg, The Gaswaerk in Copenhagen, The Mercat de les Flore in Barcelona, The tramway in Glasgow, Bockenhaimer depot in Frankfurt, etc… A book that tells his work with P. Brook around the world was published: “The Open Circle” A. Todd J.G. Lecat Faber and Faber London, Palgrave Macmillan Ltd. New York.

He also works with several other architects, from the beginning of his theatre carrier as he always keeps at same time a foot on architecture and the other one on theatre stage: Polonsky Shakespeare Theatre for TFANA, Harvey-Majestic Theatre and La MaMa Theatre in New York, The Roundhouse, The New Young Vic in London, The Abbey Theatre in Dublin, Teatro Joaquim Benite in Lisbone, Naves del Antiguo Matadero in Madrid etc…

He has also drawn about 60 set, light and costume designer for theatre or opera: Othello, Timon of Athens, Macbeth, Titus Andronicus, Cymbeline, The Tempest by W. Shakespeare, The Clemens of Titus by Mozart, Mahagonny by K. Weihl, The Mother, The Caucasian chalk Circle by B. Brecht, Dom Juan, Georges Dandin by Molière, Carmen opera by G. Bizet, Woyzeck by A. Berg, Il Barbieri de Seviglia, L’Equivoco Extravagante, Gazzetta by Rossini, Baba Jaga je snijela jaje by Dubravka Ugresic, Cais Oeste by B. M. Koltès, Manon” by J. Massenet, Le viol de Lucrèce by B. Britten, Antigone by J.Anouilh, Miss July” by A. Strindberg, La Périchole by Offenbach, Peter Pan by I. Buljan, etc… Xavier Fabre received his architecture degree in 1975 and studied building restoration and architectural heritage conservation in Paris in 1980.

In 1986, he started working with Vincent SPELLER and eventually co-founded their architecture firm Fabre/Speller with offices in Paris and Clermont-Ferrand.

In 1989, he cooperated with Aldo ROSSI in designing the International Center of Art and Landscape at Vassivière Island.

His work primarily focuses on theatres, concert halls, cultural centers, libraries and educational institutions. Important buildings include the Centre d’Art du Creux de l’Enfer in Thiers, the Théâtre des Salins in Martigues, the Mathematics Laboratory at the University of Nice, the Dôle Library, the Théâtre de la Cité Internationale in Paris, and the Symphonic Hall of the Mariinsky Theatre in St. Petersburg. He also realized the renovation of the Théâtre Molière in Sète and the historical movie theater “Le Louxor” in Paris. Recent engagements include planning and implementing the Centre de Reconstitution of the Chauvet Cave at Vallon-Pont-d’Arc, which includes a replica of the cave and was opened to the public in April 2015. For over twenty years Scott Georgeson, FAIA has focused on the complexities of programming and designing Performing Arts Venues. His varied work includes Regional Performing Arts Centers, University Centers for drama, dance, performance centers for professional performing groups and small town community theatres. He has worked throughout the country and is often asked by other architects to team on projects as the theatre expert. He has completed over 100 performance venues, including one of the first LEED listed theatres in the US. His projects have received designed awards from the AIA and other professional organization. He is committed to sharing his knowledge of theaters, concert halls and other arts environments through articles and seminars. Pieter de Kimpe is the owner and director of TTAS Theaterbouw, a theater engineering firm located in Ghent. He received his architecture degree from the Stedelijk Hoger Institute of Architecture and Urban Planning in Ghent in 1985.

In 1987, he established Plano Architects and continues to head the company to the present day. In 1997, he established the “Adviesbureau Voor Theatertechniek,” which changed its name to “TTAS TheaterBouw” in 2015. He has been a guest lecturer for Technical Drawing at the Erasmus University College in Brussels and conducted a theatre architecture workshop for TATT (Taiwan Association of Theatre Technology) in Yi-Lan, Taiwan. In 2005, he held a lecture titled “The Paradox of the Fourth Wall – Theatre Architecture” in Toronto in collaboration with architect Luc D’Hooghe. Reinhold Daberto, born in 1952, holds a graduate architect/engineer degree. In addition to his work as a stage consultant, he studied three years of set design. Since 1985, he has been the owner and director of Theater Projekte Daberto und Kollegen, a theatre consultant office with 28 employees located in Munich, Bavaria. Has a wealth of experience as a theatre consultant and stage architect with projects in Germany, Austria, Greece, Italy, China and Uzbekistan.

Due to his engineering background, extensive experience and hands-on mentality, he won the theatre planning and engineering consultancy of today’s largest theatre project in Germany, the renovation of both the Opera house and the Theatre in Cologne, which currently is his major project.

He has been working on the German DIN of technical standards for theatre machinery for more than 15 years and was appointed by DIN to accompany the CWA 25 standard for two years.

Has given lectures and presented papers on theatre equipment and installations to the DTHG, VPT Holland, Showtech Berlin and various universities.

Reinhold Daberto served as CEO for DTHG Service GmbH (Deutsche Theatertechnische Gesellschaft) for several years. He is a member of OISTAT. From 2005 to 2012, he was the chairman of the OISTAT Architecture Commission and organized student workshops for theatre architecture workshops during the annual OISTAT meeting in Taipei/Taiwan, as well as the TAC student competitions in 2007 and 2011. Tim Foster is the founding partner in Foster Wilson Architects (formerly Tim Foster Architects). He trained at the Cambridge University School of Architecture, where he also worked as a stage designer. Before establishing the practice in 1979, he worked for Roderick Ham and Partners and as consultant architect to Theatre Projects Consultants.

Tim has been responsible for many theatre projects carried out by the practice including The Tricycle Theatre and Cinema, the Salisbury Playhouse Redevelopment, The Trafalgar Studios, London, The Broadway Theatre in Barking, the redevelopment of The Theatre Royal Norwich, The Yaa Centre in West London, the restoration of the Everyman Theatre in Cheltenham and the St James Theatre, the first new theatre in London’s West End for 30 years. In addition, he has designed a number of school and college theatres, including the Parabola Arts Centre for The Cheltenham Ladies' College and the Cary Churchill Theatre for Royal Holloway, University of London. Current projects include the conversion of a 19th century church to create a new theatre for Bedford School and the restoration of Hoxton Hall, a rare Victorian music hall in East London. The practice’s work has been recognised by several major design awards. He also acts as an architectural consultant to the Ambassador Theatre Group and other commercial theatre owners on a number of theatre restoration projects in the UK and abroad.

Tim was chair of the editorial board and a contributor to Theatre Buildings: A Design Guide, published by Routledge in 2010. He has been an Arts Council Lottery assessor in England and Scotland and is currently chairman of the ABTT Theatre Planning Committee and the OISTAT Architecture Commission. He was elected a Fellow of the ABTT in 2012 and was a board member of the Tricycle Theatre Company from 2000 to 2013. In 2009 he was appointed by The Secretary of State as a trustee of The Theatres Trust, the National Advisory Public Body for Theatres in the UK.