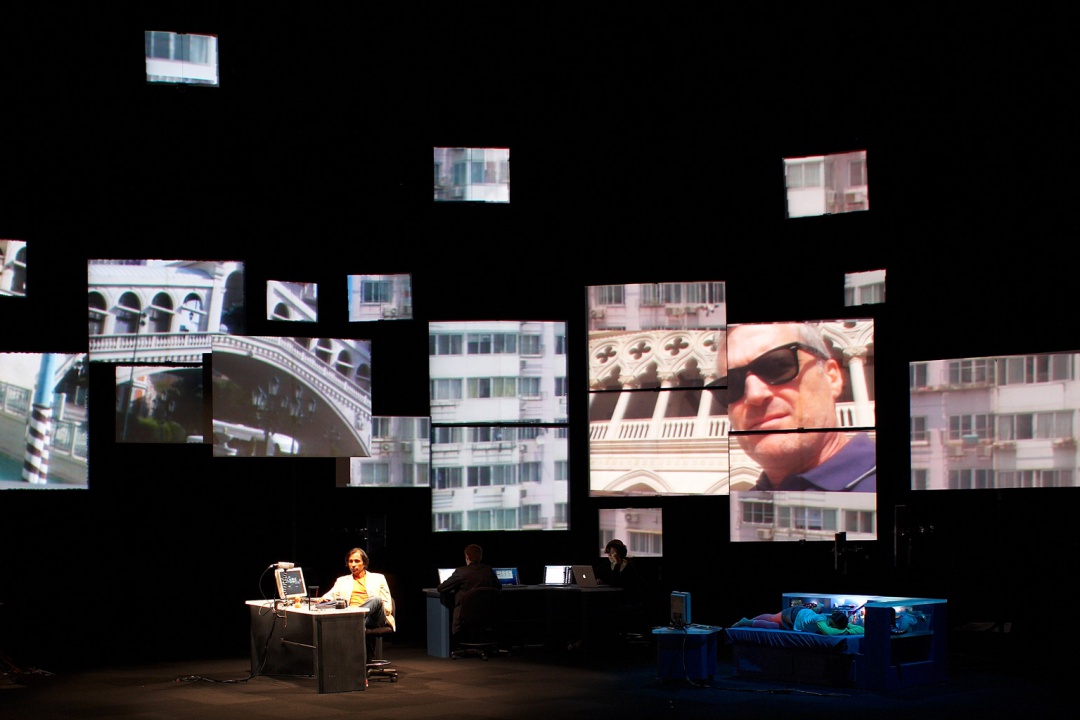 How it works
T-Joist is one way to deal with the contraction of a backdrop at the waist when stretched at the top and bottom. During installation or dismantling, it needs some space to accommodate the long T-Joist pieces and special tools like screw guns. Usually it also needs pneumatic staplers and causes some wear on the edges of fabric after repeated use.

We can make life easier by altering the T-Joist structure and changing the way we use it. A T-Joist is made of two pieces of timber with grooves and one piece of plywood, as simple as it can be. The construction principle of a T-Joist is from the wood joint called tongue and groove. The modular units are analogous to LEGO bricks. The starting piece is fixed at the pipe end by some convenient hardware clamped on. The “mortise end” leaves its “tenon end” at the bottom for successive piece to attach to. Mortise and tenon are matched to each other, and there is no gap at all. To join two pieces of T-Joist together some screws are used.

In the new version I leave a gap between two adjacent pieces of plywood, and there are always three holes on both ends of a T-Joist unit. Therefore, instead of screwing, we can lace two pieces together with no tools at all, as shown in Fig. 1.

The practical length of the modular piece is between 8 feet and 12 feet so that we can handle the installation with an A-frame ladder without too much trouble. In fact, 6-foot sections might be a better option because crew can stand on the floor to put two modules together and tighten the laces between them. Of course the height of the backdrop will not be equal to a multiple of the modular length; there will be one special piece near the bottom pipe made to a specific length and customized with a tenon on both ends.

The gaps between sequential units of T-joists create the possibility of tensioning the laces between the T-Joists. And they give rise to the idea of utilizing the timber uprights as the battens on which to fix the backdrop or canvas. In a 6’ full-length unit of T-Joist, if we place one piece of 1 foot long plywood sheet every 2 feet, we still can keep the strength of the module to a certain extent and fix the tie-lines from the fabric every 1 foot. In this case, the stretching will be done by hand instead of by staplers, as in to Fig. 2.

Some improvements of the T-Joist are made in this scheme. There are almost no tools needed, except for the bolts and nuts to tighten the pipe clamps. The tie-lines can be left on the backdrop, and the laces can be left on the consecutive T-Joists with some stopper knots. That means we can always fold the “T-Joists chain” when striking it without breaking the units apart, as in Fig. 3, Fig. 4 and Fig. 5. It is easier to store the T-Joists without the risk of losing parts or laces. In addition, the spaces between the plywood reduce the weight, make room for the laces and tie-lines, as well as joining the T-Joists more tightly. View the way of practice in Chinese.

How it works
We wanted to control the brightness of 19th century hand lamps used by actors on stage in different light situations.

With this invention it is possible to control any electric power up to 12V/250W wirelessly with DMX. Thinking bigger than a torch, it is even able to dim standard 12V halogen lamps using a lead battery as fitted cars. The receiver and dimmer is only the size of a matchbox. This makes it possible to build it into very small devices where wireless DMX solutions are not suitable.

The transmitter is able to control up to four receivers individually. It uses the open 2.4 GHz band and is highly protected against radio frequency interference. The range is about 300-1000m, sufficient for every stage. A green LED at the receiver indicates proper connection.

We use a standard transmitter and receiver usually used in r/c scale model-making. The “dimmer” is in fact a motor speed controller. The interesting part is that the transmitter understands DMX using a special self-developed interface.

The 19th century hand lamps were in use for Fidelio at the Wuppertaler Bühnen, the wireless dimmer is also used for La Bohème and controls the brightness of electro luminance wires.

How it works
The problem is well-known. The stage designer insists on walls or a flying piece that cross the line of the Iron Curtain. The fire brigade insists on a free moving Iron Curtain.

We used standard DC linear motors such as used e.g. in shop-fitting industry. The motors came with built-in limit stop-switches. In this way the electrical element of the controller itself could be kept simple: Two relays that inhibit each other reverse the polarity of the motors to open (or close) the flaps.

The system has a 24V lead battery as backup power supply so it works even during a total power failure.

The system is in use for several productions at the Wuppertaler Bühnen, e.g. Der Kirschgarten(The Cherry Orchard) and Eine Florentinische Tragödie/Gianni Schicchi.