Announcement of the Jury of TAC 2017 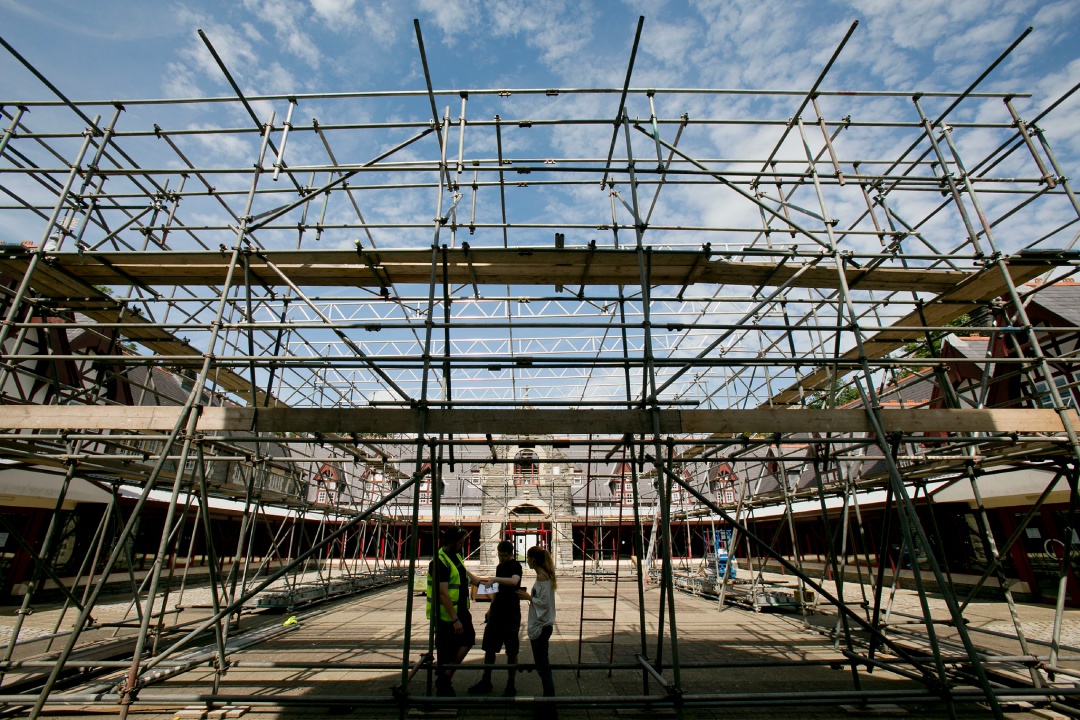 The OISTAT Architecture commission is pleased to announce that the jury for TAC 2017 will meet in Hsinchu, Taiwan from May 10th to 12th and will be made up of the following jurors:

Short biographies of the jury members are given below:

Tim Foster
Jury Chairman, MA Dip Arch (Cantab) RIBA, Partner of Foster Wilson Architects
Tim Foster is the founding partner in Foster Wilson Architects. Over a period of more than 35 years he has been responsible for the design and remodelling of over fifty different theatres, from low cost conversions to major refurbishments and new buildings. Tim was chair of the editorial board and a contributor to Theatre Buildings: A Design Guide, published by Routledge in 2010. He has been an Arts Council Lottery assessor in England and Scotland and is currently chairman of the ABTT Theatre Planning Committee and the OISTAT Architecture Commission. He was elected a Fellow of the ABTT in 2012 and was a trustee of The Theatres Trust, the national advisory public body protecting theatres in the UK, from 2009 to 2015.

Aby Cohen
Scenographer, Art Director
Aby Cohen (Brazil) is an award winning Golden Triga at Prague Quadrennial - PQ’11 for her designer and curatorial work for the Brazilian National Exhibition in 2011; also touring after Prague, to Brazil, Portugal and UK during 2011-2012. Member of PQ’15 artistic team, curator for SHARED SPACE – POLITICS concept, she also created the occupation/installation project ‘NO MAN’S LAND’, which took place on the Crossroads in Prague, during the PQ’15. Her works include other relevant international awarded projects as Exhibition Designer and Scenographer. Curator and designer for the Espaço Brazil, at Lisbon / Portugal (2012-2013), a cultural space dedicated to the AnoBrasil em Portugal (Brazilian Year in Portugal). She is PhD in Scenography and currently living in Sao Paulo, working as a freelancer designer for Performance and as a lecturer in Scenography at University of Sao Paulo and at Faculty of Belas Artes for graduation and post-graduation programs, respectively. Vice-President of OISTAT 2013 -2017.

Huang Sheng-Yuan
Fieldoffice Architects
Huang Sheng-Yuan is the principal of Fieldoffice Architects in Yilan, Taiwan, holds a Bachelor’s Degree in architecture from Tunghai University in Taiwan, and a Master’s Degree in architecture from Yale University in the United States. In the early days of his career he worked at Eric Owen Moss Architects as a Project Associate. Before returning to Taiwan, he taught at North Carolina State University.

Hitoshi Abe
Atelier Hitoshi Abe
Hitoshi Abe, has a decade-long distinguished career as a leader in education. In 2007, he was appointed professor and chair of the UCLA Department of Architecture and Urban Design. He finished his position as chair in 2016 but continues to teach at UCLA until now. In 2010, he was appointed Paul I. and Hisako Terasaki Chair in the Study of Contemporary Japan as well as Director of the UCLA Paul I. and Hisako Terasaki Center for Japanese Studies. Dr. Abe has maintained a schedule of lecturing and publishing, which place him among the leaders in his field.